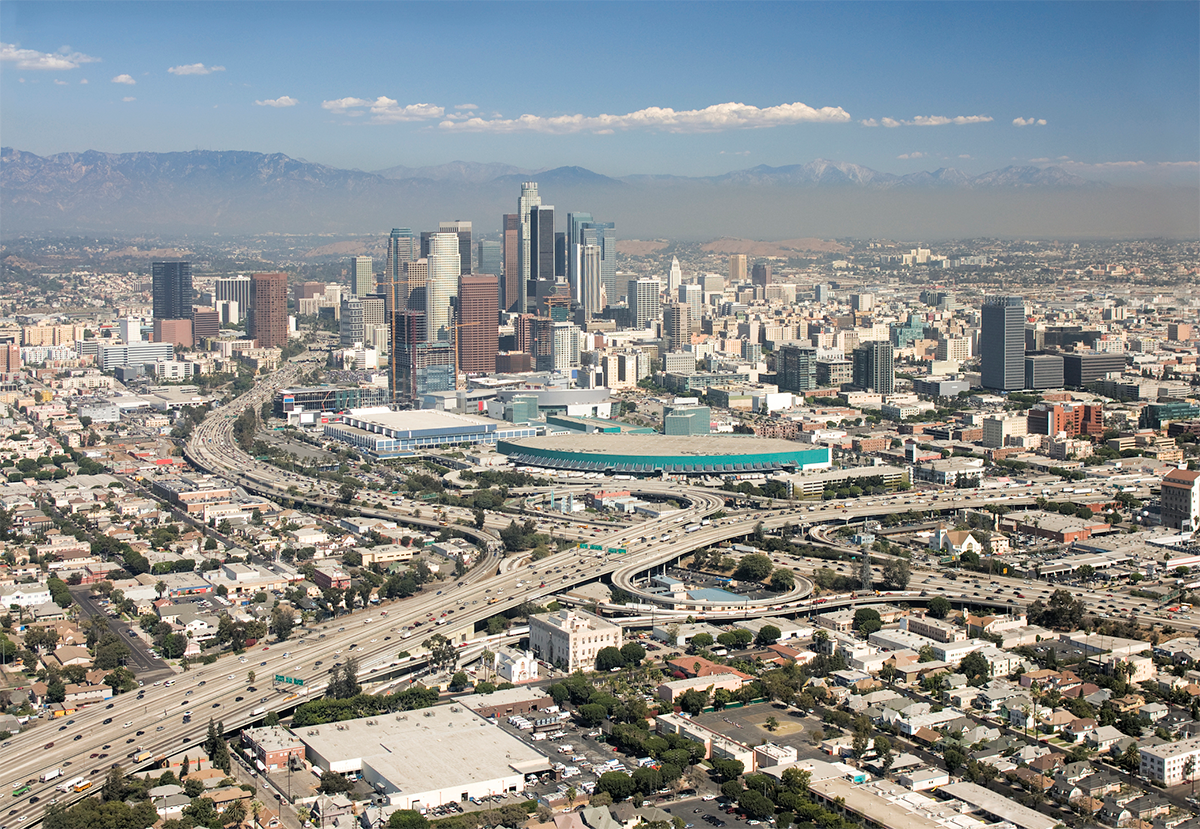 The American Council for an Energy-Efficient Economy (ACEEE) recently released its 2017 City Energy Efficiency Scorecard, and we are happy to report that nearly one third of the top-performing cities rely on EnergyCAP for utility bill and energy management. (i)

In its press release, ACEEE noted that the U.S. cities receiving top-10 scores for energy efficiency are Boston, New York City, Seattle, Los Angeles, Portland, Austin, Chicago, Washington D.C., Denver, and San Francisco. Five of those top 10 cities are EnergyCAP licensees, and three more EnergyCAP-using cities—Minneapolis, Philadelphia, and Phoenix—received top 15 rankings. In all, 16 of the 51 most energy-efficient cities in the U.S., per the ACEEE scorecard, include EnergyCAP as an integral component of their energy management workflow:

Additional findings in the 2017 City Energy Efficiency Scorecard include the following:

“Across the nation, cities are taking steps to save energy, and they are creating more economically vibrant and resilient communities in the process,” said ACEEE senior researcher David Ribeiro, the lead report author. “More than half, 32, of the 51 cities improved their scores from 2015 to 2017, with several realizing substantial point increases. More cities are requiring building owners to benchmark and report buildings’ energy use, updating building energy codes, and setting community-wide goals to save energy and reduce their greenhouse gas emissions. We also see a new set of cities emerging as leaders for energy efficiency, knocking on the door of the top 10.” 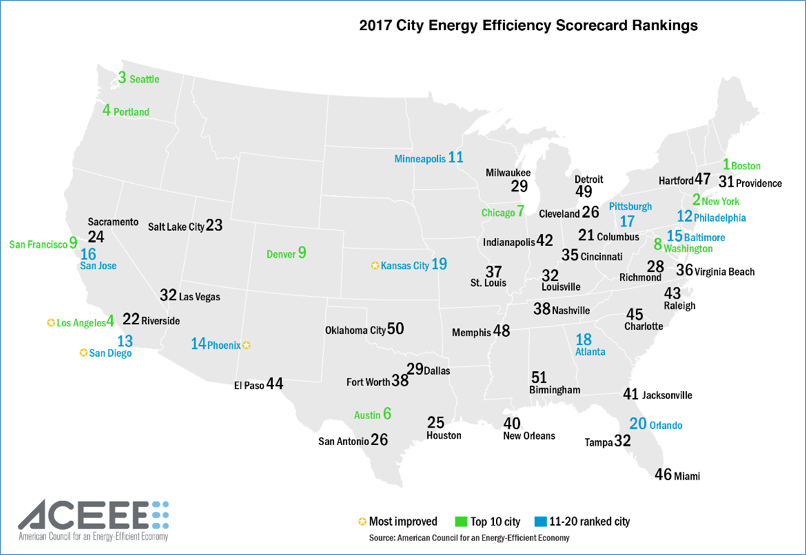 “Phoenix has made major strides toward becoming a carbon-neutral, zero-waste city with an economy built for the 21st century,” observed Mayor Greg Stanton. Phoenix exceeded its 2015 goal for reducing greenhouse gas emissions and is offering incentives to building owners to make their properties more energy efficient, working to make its own city buildings more energy efficient, and converting all 100,000 city streetlights to LEDs. This recognition is another milestone in what has been a historic sustainability comeback for Phoenix in just the past few years.”

Los Angles Mayor Eric Garcetti commented, “Building a sustainable Los Angeles is not a task for the distant future, it is a goal we are accomplishing right now with our Sustainable City pLAn, and through smart, bold investments in energy efficiency. The progress we have made on ACEEE’s City Energy Efficiency Scorecard—moving up 24 places in just four years—shows just how committed we are to making our buildings greener, and creating a sustainable Los Angeles for the next generation.”

According to a follow-up report by WVEC television, Virginia Beach received recognition for using an energy tracking software [EnergyCAP] to help track energy use on all municipal buildings. Lori Herrick, the city’s energy manager, said, “We greatly appreciate the American Council for an Energy-Efficient Economy for developing this roadmap that any local government can now use to improve its energy efficiency.” (ii)

ACEEE also ranks states on their energy efficiency policy and program efforts, and EnergyCAP is well-represented in the State Energy Efficiency Scorecard rankings, with three of the top 10 states utilizing the application.

Congratulations and thank you to all the cities, counties, and states that make energy efficiency a priority. You can learn more about how many of them are using EnergyCAP to achieve success via case studies and infographics. If you are not yet using EnergyCAP, please contact us to discuss your organization’s specific utility bill and energy management needs.