Energy Insights from the Philippines

I was recently in the Philippines to speak at some conferences and set up student sponsorships. Although the purpose of my trip was not work-related, the subject of energy was on my mind. I suppose that’s not surprising when energy management software is the family business.

Here are three lessons about energy from my trip to the Philippines.

A Lesson from Tondo

The squatters live rent-free, cobbling shelters together with pieces of wood and tin and other materials. There’s virtually no privacy or protection. The smell stings your eyes and it’s hard to describe what it smells like. It’s a combination of rotting trash, urine, feces, stale water, and people living in close quarters. It’s unpleasant.

Tondo has been called the most densely populated place on earth. The population is around 630,000 people in an area of 3.5 square miles. That’s 180,000 people per square mile not just there for the day, but living there all the time.

There are no bathrooms, no running water, and no electricity in the homes here. All this in 100-plus degree heat. This got me thinking about how easy it is to take energy for granted, but energy isn’t guaranteed in many places in the world. Tondo is just one example. When energy isn’t available, so many other things can go missing.

This brings me to lesson one: Energy is a blessing.

A Lesson from Masbate

From Tondo, I went to Masbate, which is an island southeast of Manila. It’s a way different scene than Tondo. Instead of city slums, Masbate is lush landscapes with miles of green land and blue water, where popular occupations are fishing or farming. 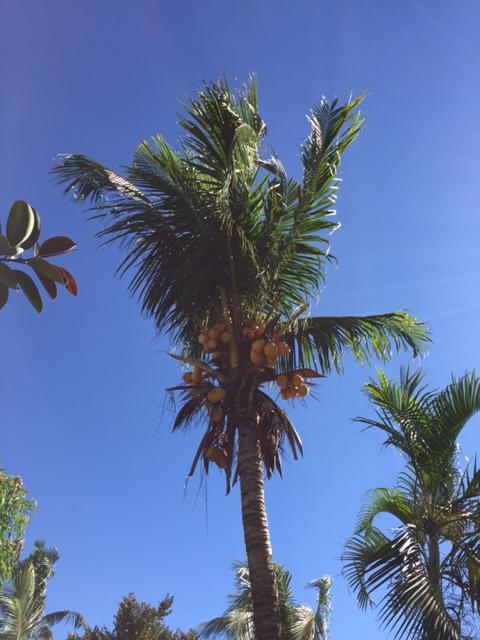 After a long day of meetings, I sweatily settled into my air conditioned room. But then the electricity went out, which meant the air conditioner stopped, as did the running water (it ran on an electric pump).

So I decided to be patient—this is the Philippines after all. But when I started to feel the heat, I decided I had waited long enough. I ducked into the hallway, which was pitch black. Using my iPhone as a flashlight, I found the innkeeper, who was also sitting in pitch black:

I asked, “Did you know the electricity went out?” (dumbest question of the century)

“So when will it come back on?”

“Are you doing anything about it?” (idiot)

Then I realized that my need for air conditioning and running water wasn’t at the top of her priority list. Can you imagine that?!

Now here was an improvement over Tondo—at least they have energy. But alas, it’s not guaranteed energy. The energy can go off at any time (and it did go off several more times during my stay), and there’s nothing you can do about it.

So here is lesson two: Be thankful for the energy you have.

A Lesson from Bugtong

While in Masbate, we had to go to a village called Bugtong. There are several ways to get there—you can walk, but it’s ten miles each way; you can take a motor bike, but our group of 13 would require many; or you can take a boat, which is what we did.

All 13 of us crowded into this kerosene-powered boat to get to Bugtong: 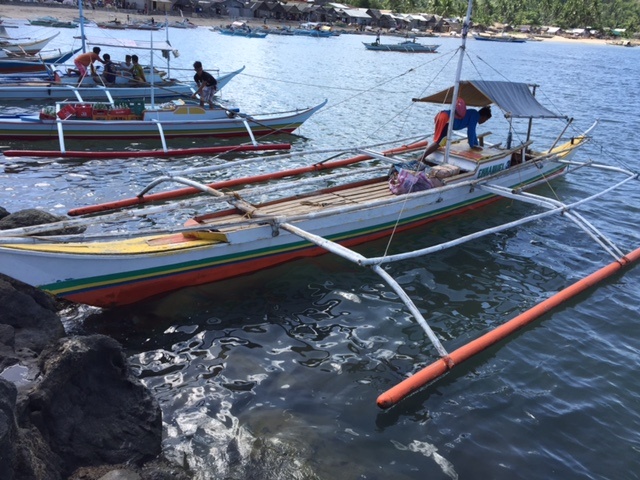 After two hours, we finally arrived to Bugtong—a remote village not often visited by new people. The boat stopped short of the land, so we jumped into the water and walked onto the beach. A group of villagers greeted us with hearty handshakes, and then they told me an amazing thing—I was the first American to ever visit, the first American to walk on their land. 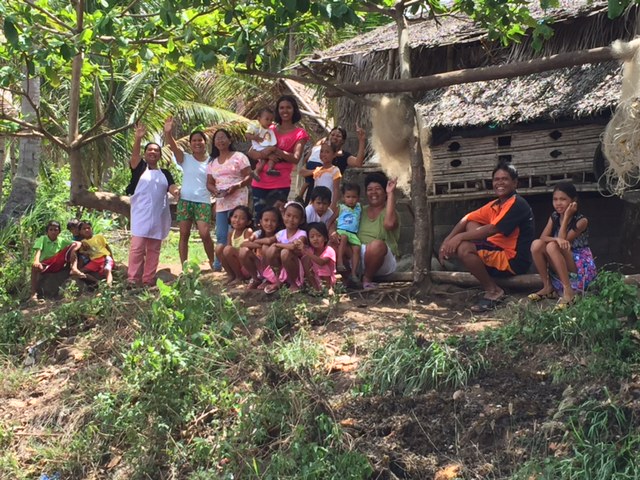 We had a wonderful visit of sharing and eating together, and when it was time to go, I took a last look at the village of Bugtong, which is half a world away from my home. Then I looked at our kerosene-powered boat, and felt so grateful it had taken me here.