Lights On In Miami-Dade County 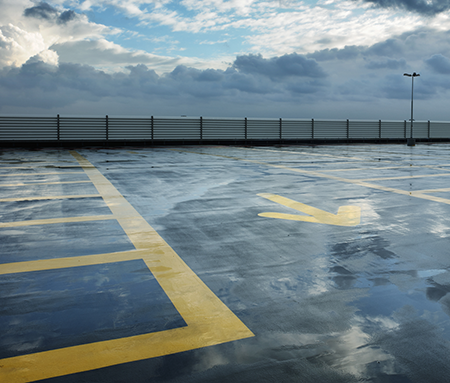 Dan Coogan, Utilities Superintendent at Miami-Dade County, has been analyzing the county’s 4,500 monthly electric bills in EnergyCAP since 2012. The county has documented many energy management successes over the past five-plus years, the latest of which came as the result of a team effort.

The process began when multiple EnergyCAP audits flagged use and cost values that were outside of their allowable ranges. Dan performed some initial research and noticed that the electric use at a county parking lot had nearly doubled compared to the same period in 2017: 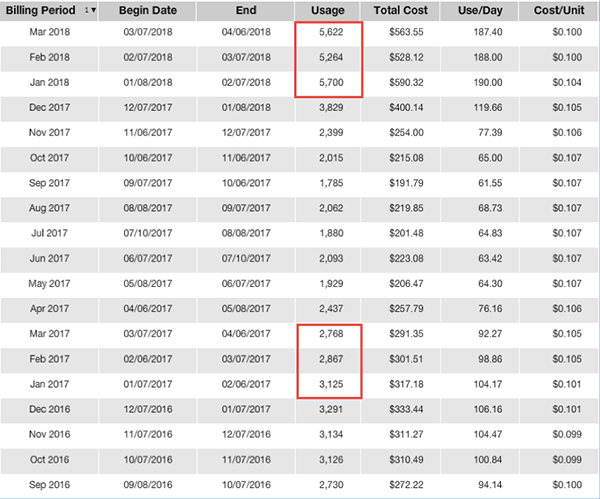 An automated EnergyCAP audit failure report highlighting the issue was distributed to Rosa Ortega, County Fleet Administrative Coordinator. Following up, Facility Supervisor John Sanso confirmed that no changes had been made at the county parking lot, and he drove by the lot to investigate. During the afternoon drive-by, John noted that the parking lot lights—lights that were to turn off automatically during daytime hours—were still on.

It was later discovered that a light timer at the parking lot had been experiencing intermittent failures since early January. Usage data from Florida Power & Light’s website illustrate the usage pattern change:

Pre-Failure (Expected) Electric Use Pattern—No usage 8:00am to 6:00pm

The malfunctioning timer increased electric costs at the parking lot from approximately $10.50/day to more than $19.00/day, an impact that could have been very costly had it not been flagged and corrected quickly.

Kudos to Dan Coogan and his county co-workers for working together to identify and resolve the issue, confirming that you have to measure it to manage it.

Have your own EnergyCAP or energy management success story?
Please share it by posting a comment below.