On December 12, 2015, representatives of 196 parties within the United Nations Framework Convention of Climate Change (UNFCCC) negotiated the Paris Climate Agreement. [i]  Article 2 of the UNFCC agreement outlined its objectives:

An overarching objective of the Agreement was “global peaking of greenhouse gas emissions as soon as possible.” ibid

To-date, 195 UNFCCC member organizations have signed the agreement, and 148 have ratified it.  On June 1, 2017, President Donald Trump announced the United States’ withdrawal from the Agreement, citing its negative impact on American businesses, most notably those in the fossil fuel industry. 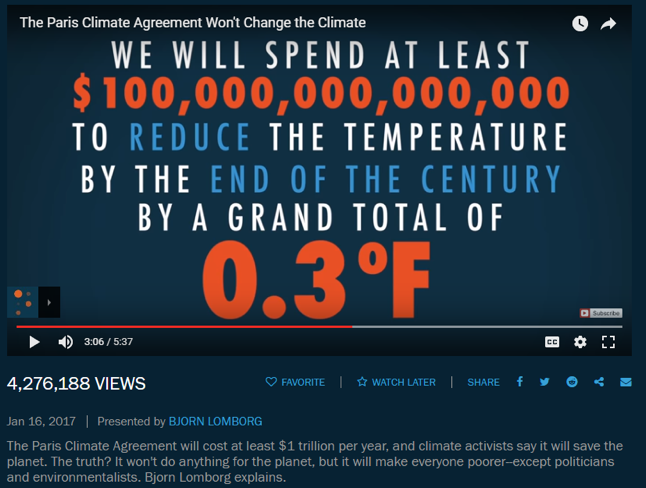 Has your organization taken a public (or private) stand regarding the Paris Agreement compliance? If so, what is that position? Do you believe that the world should be concerned about global warming, or do you agree with President Trump that…

We’d love to hear how you and your employer feel about the Paris Agreement and your predicted impact of climate change. Please take a few minutes to share your thoughts below.

And if you’re not yet tracking your organization’s emissions in EnergyCAP, I encourage you to learn more about EnergyCAP’s GHG Tracking & Reporting functionality.