Load Factor: What Is It? What Should It Be?

What is load factor? How is it calculated? And how is it used?

For example, imagine that you receive an electric bill that indicates 40,000 kilowatt hours of use, with a peak demand reading of 100 kilowatts. To determine load factor, you would divide the actual use (40,000) by the theoretical maximum use, which is the product of kW demand (100), days in the billing period (30), and 24 hours in the day.

This formula reduces to 40,000/72,000 or .555. Expressed as a percentage, that’s a load factor of about 56 percent. Looking at the entire month, the average load was about 56 percent of the maximum load at any given time.

What is the value in monitoring load factor?

First, let us consider situations where we might expect a very high load factor—where the percentage value is closer to 100 percent.

High load factor is only found in scenarios where a very steady load is present—where energy demand remains constant or nearly constant throughout the billing period. What types of structures or equipment might fit this profile? A data center might. So would a refrigerated warehouse, a supermarket, or an enclosed parking deck with lighting that is on for all hours of the day or night. In situations like these, the actual use is typically very close to the maximum theoretical use because everything is running all the time.

A high load factor profile is important because it might qualify the account/meter for a special low-cost rate. Utility companies appreciate high load factor meters because demand is predictable, which makes it easier for planning for power generation. If you discover a meter associated with a load factor over 80% or 90%, always check to see if the meter is on a rate schedule that will reward you for that.

But what if you notice a very high load factor in some other kind of building, such as an office building, school, retail store, restaurant, or hotel? You might think it’s a good opportunity to benefit from a high-load utility rate. However, the reality may be that the building is being managed inefficiently.

Remember that high load factor is associated with a very steady load, which means there is probably no nighttime or weekend setback for that building/meter. With effective nighttime or weekend setbacks in place, the facility would not be running at a steady load. Instead, the load would be lower at night and higher during the day. It would be higher during the work week, and generally lower on the weekends.

Should you observe a high load factor within a building type that is not commonly associated with higher load factors, your response should be: “Why is the load factor so high? Why aren’t we turning things off at night?” A high load factor is often a sign of building control problems but may also indicate billing or metering problems. Either way, there may be an opportunity for significant energy savings.

What if your load factor is over 100 percent?

A load factor above 100% means that the actual use was higher than the maximum theoretical demand for that meter, which is impossible. This scenario is an indication of a data problem. Always investigate if you discover a load factor reading greater than 100%.

What about the other side of the spectrum— low load factor?

What does it mean if the load factor is under 20 percent? It means that you have a very “spiky” load. Significant load is being generated but only for a short period of time, then that equipment turns off. What type of situations would fit this scenario?

An outdoor athletic field is a textbook example of sporadic but intense lighting needs. Another example might be a standby pump, an irrigation pump, or a stormwater ejector pump. This type of equipment operates in high gear, but only occasionally, and for short periods of time.

If you notice a low load factor associated with an office, store, restaurant, or a school, it may be a cause for concern. Inconsistent and widely varying loads are not normal for these facilities. A low load factor often indicates a data problem, meter problem, or billing problem. It may also indicate equipment that is oversized for the energy need.

The equipment may be generating a very heavy load but only for a short period of time. That scenario can also result in expensive long-term demand ratchet penalties. It’s good to know that, especially when it’s time to replace that equipment.

A medium load factor—40% to 60%—would be typical for offices, restaurants, schools, and other building types that have nighttime and weekend setbacks. There might be some variation through the year, depending on HVAC needs, but that is what you should expect to see for those types of structures. A load factor report from your energy management information system (EMIS)—like the one below from EnergyCAP—it’s easy to spot load factor problems. 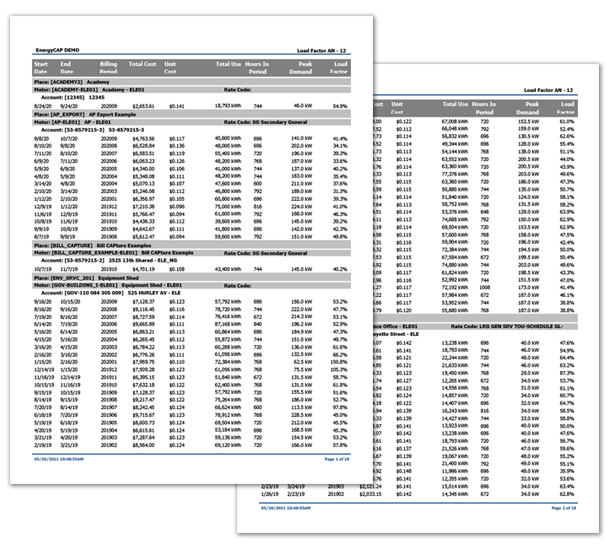 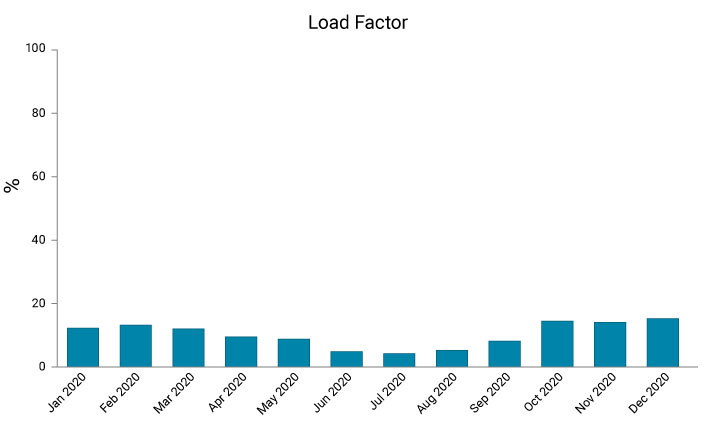 Notice that for every monthly data point, the load factor is below 15%. Why might this be? The most likely answer is that most of the load is supplied for a significant electric lighting load, which is only required when the field is in use.

This second graph represents the load factor of a data center. 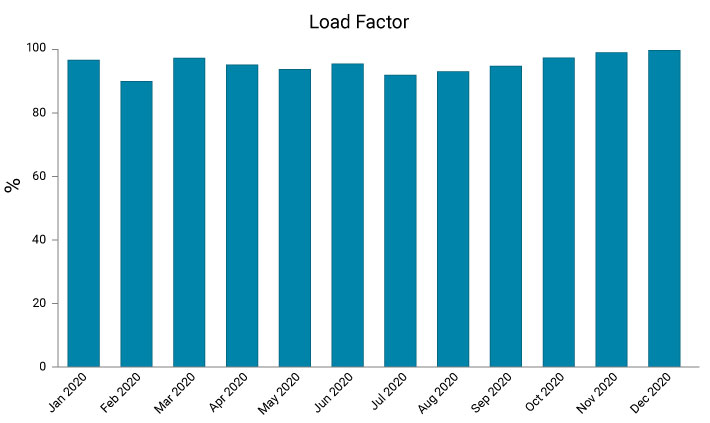 The data center is averaging about 90% load factor—very constant throughout the year, as we might expect for a building of this type.

The next example is a public library. With the library, notice that the load factor is higher in the summer than it is in the winter. This happens to be a public library in Florida. A likely explanation is that, due to the threat of mold and mildew, library staff probably run the air conditioning nearly all the time in order to control humidity. 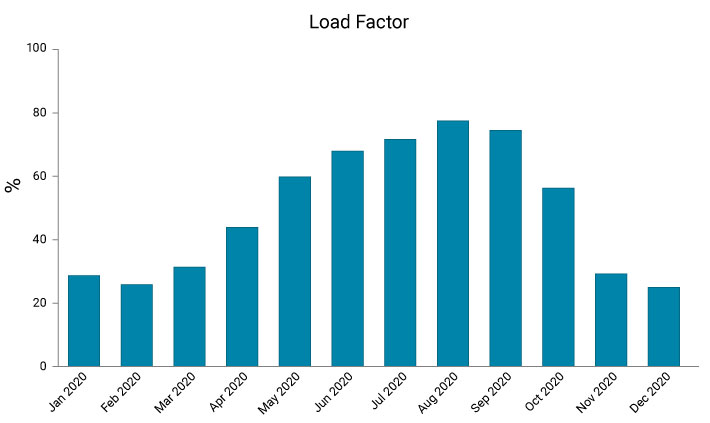 The last example is a typical office building. 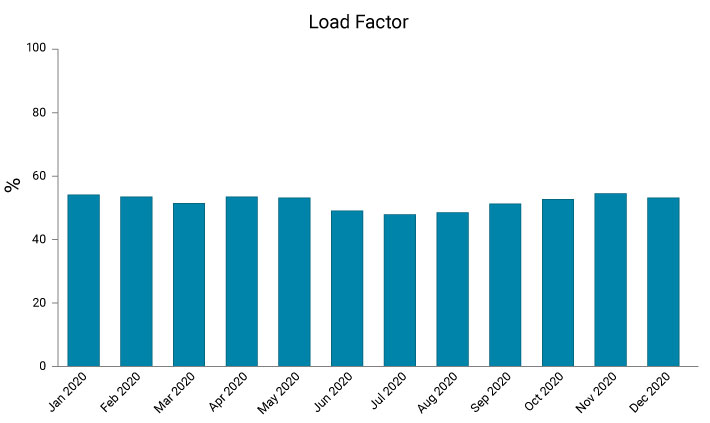 The load factor is about 50 percent, with minor seasonal variation.

Explore Related Content
Blogs
Blogs
5 Energy Management Lessons from COVID-19 Utility Bill Data
Read more
Blogs
Energy & Sustainability Reporting Best Practices
Read more
Blogs
Utility Bills: The Foundation for Carbon Accounting
Read more
https://www.linkedin.com/company/energycap-llc
Manage Cookie Consent
This website stores cookies on your computer. These cookies are used to collect information about how you interact with our website and allow us to remember you. We use this information in order to improve and customize your browsing experience and for analytics and metrics about our visitors both on this website and other media. For more information, read our Privacy Policy.
Manage options Manage services Manage vendors Read more about these purposes
View preferences
{title} {title} {title}