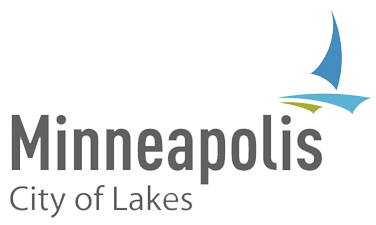 Minneapolis, the “City of Lakes,” has been a sustainability leader since the early days of its municipal development around the Saint Anthony Falls, the highest waterfall on the Mississippi. Back in the late 1800s, hydro power fueled 17 sawmills. Today, the City is continuing its sustainable ways, seeking to adhere to the greenhouse gas targets of the Kyoto Protocol in its Climate Action Plan. Energy efficiency is part of the City’s roadmap to the future.
2008
Date of install
290
Meters

Until recently, the City of Minneapolis’ utility bill invoicing process was an energy accountant’s nightmare. Payables clerks all over the City were hand-coding 20- to 30-digit account numbers on every paper invoice. Another clerk in central accounting was entering the handwritten codes into an ERP system. The system was fraught with opportunities for typos and lost invoices, and the City was receiving monthly termination notices and late fee warnings from vendors because of unpaid bills.

The City had purchased EnergyCAP energy management software in 2007, but the initial implementation had been limited. The billing history imported into the EnergyCAP database had successfully linked energy use and cost for Minneapolis utility accounts with the buildings being served by those accounts, but the City had not fully integrated EnergyCAP into its business processes. It was not until Brian Millberg came on staff as the City’s energy manager that the data was leveraged to begin tracking cost and use savings. Today, the City of Minneapolis has realized utility bill processing efficiencies through centralized processing and EDI invoicing, and is demonstrating energy savings using the EnergyCAP Cost Avoidance module.

The City of Minneapolis requires each department to pay for its own utilities. But the systems developed to adhere to this policy were labor-intensive and prone to error.

For example, the fire department would collect the paper utility invoices for all 19 fire stations. Then a clerk would jot down payment information on the printed invoice. The clerk would mail the invoice to the central Accounts Payable department where another clerk would open the mail and enter the account coding into an ERP payment system.

With this process, invoices periodically got lost, and with the lost invoices came late fees. Often the invoices were miscoded; as a result, charges would be assessed to the wrong department.

Brian Millberg came on board as the City’s Energy Manager in October of 2009. With the job had come political pressures to reduce energy usage in all city-run facilities. Minneapolis is one of 32 cities that had pledged in 2007 to reduce greenhouse gas (GHG) emissions 7 percent below 1990 levels by 2012 (Kyoto Protocol). Since then, the City has upped the ante, setting a 15 percent reduction goal for GHGs by the year 2015. The City had purchased EnergyCAP in 2007 and implemented it in 2008, but had not yet fully integrated the software into City business practices.

Millberg’s responsibilities included developing and evaluating energy efficiency projects. But without a way to demonstrate that the City had avoided costs, Millberg was flying blind. He had few ways of gauging project effectiveness. In many cases, the best he could offer were ballpark estimates.

The City of Minneapolis needed a better way to collect, process, and maintain all energy invoices for its facilities, and a comprehensive system for monitoring energy use and benchmarking building performance over time.

Millberg’s department now serves as the central hub for processing all utility billing information. Vendor bills come directly to him instead of the individual city departments. The new process reduces clerical errors, and Millberg is able to apply EnergyCAP’s powerful audit tools to the bills to spot errors. Individual departments receive a quarterly cost report with year-to-year cost/use comparisons.

EDI saves Millberg an hour a week of time that he would normally spend manually entering bills. The City’s primary electric vendor, Xcel Energy, sends an EDI-format file to a secure FTP website. There, Millberg can access and import the billing information quickly and easily.

"I import the invoices into EnergyCAP with the script that EnergyCAP created for us, and with a few keystrokes, I can enter up to 20 invoices in just 5 minutes.”
Brian Millberg // City Energy Manager

Currently, all of the electric meters in the City’s portfolio, 175 in total, are being tracked with EnergyCAP, and data for 90 percent of these meters is currently being automatically uploaded into EnergyCAP from EDI-format invoices.

EDI billing, when it can be applied, solves the problem of lost invoices. Since bill data can be imported into the EnergyCAP software, there is never a case of a misplaced bill, and the City has saved money by reducing the number of late payments. Since only the electric bills are set up for EDI, Millberg is still entering gas, steam, and chilled water bills into EnergyCAP manually. But this process is made easier by EnergyCAP’s customizable bill entry templates.

Once a week, Millberg exports all of the week’s invoices to a Microsoft Excel® file that he sends to the City’s Accounts Payable department. A small subroutine written by the City’s IT department takes the Excel file data and populates the Enterprise Resource Planning (ERP) system so that the Accounts Payable clerk does not have to manually code the bills. This process has tied the correct internal account coding to each invoice, eliminating account coding errors and late fees.

“Now I just email the weekly Excel spreadsheet,” Millberg said, “and just one clerk pushes one button and all of the invoices get loaded into the Accounts Payable module of the ERP system automatically.”

Approved bills are paid nightly via ACH transfer. The new process is an improvement—prior to switching to EDI payment, the City was receiving at least one late/termination notice every billing period.

All in all, Millberg estimates that the streamlined system saves the City at least two hours a week of clerk time, and around $4,000 a year in clerical labor.

One of the main benefits Millberg has derived from EnergyCAP has been quantifying cost savings using the Cost Avoidance module. Using Cost Avoidance, Millberg can normalize energy data for a building or group of buildings to account for several variables affecting energy use, including weather and occupancy. By doing so, he is able to isolate a project to see how it has actually affected energy consumption, and to demonstrate the savings obtained from the special project.

For example, in 2010 Millberg oversaw a project where an office building was re-lamped and carbon dioxide (CO2) monitors were added to the air handling equipment to ensure efficiency of steam boilers. The retrofits in total cost the City $78,000, but using the Cost Avoidance module, Millberg was able to demonstrate that the City avoided $98,000 in steam and electricity use the following year (a net savings of $20,000).

“I make heavy use of the Cost Avoidance module to quantify savings in energy use and costs from specific conservation measures,” says Millberg. He estimates that he is tracking Cost Avoidance for 300 accounts and 75 buildings. He admits that there was a learning curve, but today he uses the module to report quarterly to department heads on how their building’s energy use compares to the weather adjusted “theoretical” or “Without Cost Avoidance Program” energy use.

Millberg has seen savings in time and money from EDI billing and he’s looking forward to implementing it wherever he can. He is also working with the City’s gas provider to implement EDI billing for about 100 gas meters.

Time will tell whether or not the City will meet its goal of reducing greenhouse gases 15 percent by 2015. But with the bold and determined leadership of the City government, and the hard work of the accounting staff and energy manager, the prognosis is looking better and better.

Brian Millberg and the City of Minneapolis are leading the way in energy management and conservation. The City has streamlined accounting processes, and the energy management office now has enough data to begin benchmarking buildings with ENERGY STAR. Electronic invoicing and bill payment procedures are saving time and money, and the energy manager is able to devote less time to logistics and more time to accurately quantifying savings and reaching the City’s efficiency goals.

EnergyCAP would like to thank Brian Millberg, the energy manager for the City of Minneapolis, for his help in developing this case study. 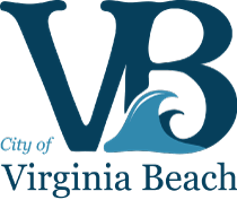 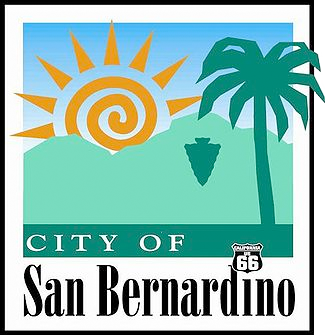